America is often mentioned as the country of fast foods. However, just like any other country in the world, it has its own specific traditional meals. We have prepared a small list of our top choices of American meals, organic or more calorie packed, which you definitely need to try if you ever find yourself in America. Let’s begin with our list: 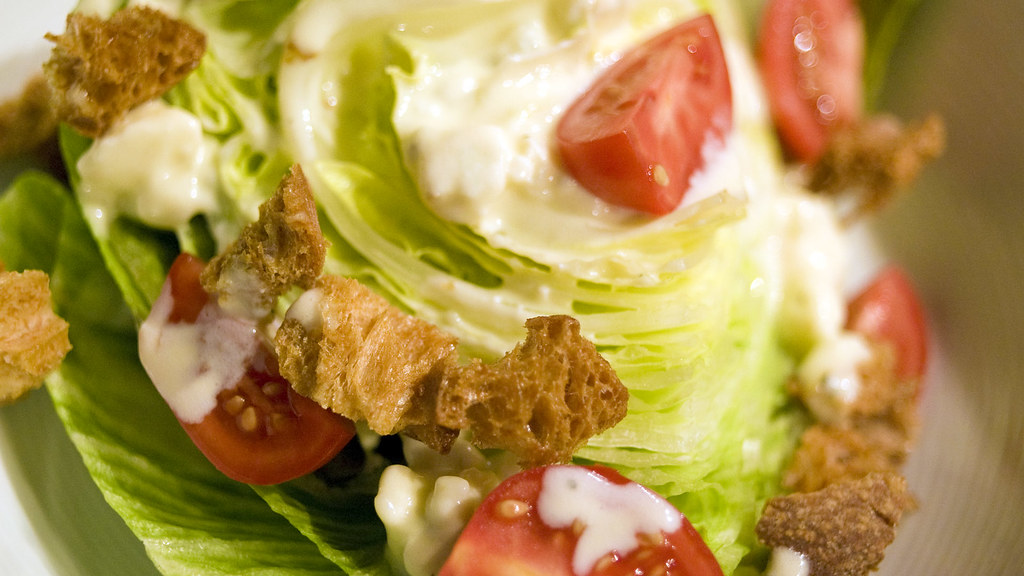 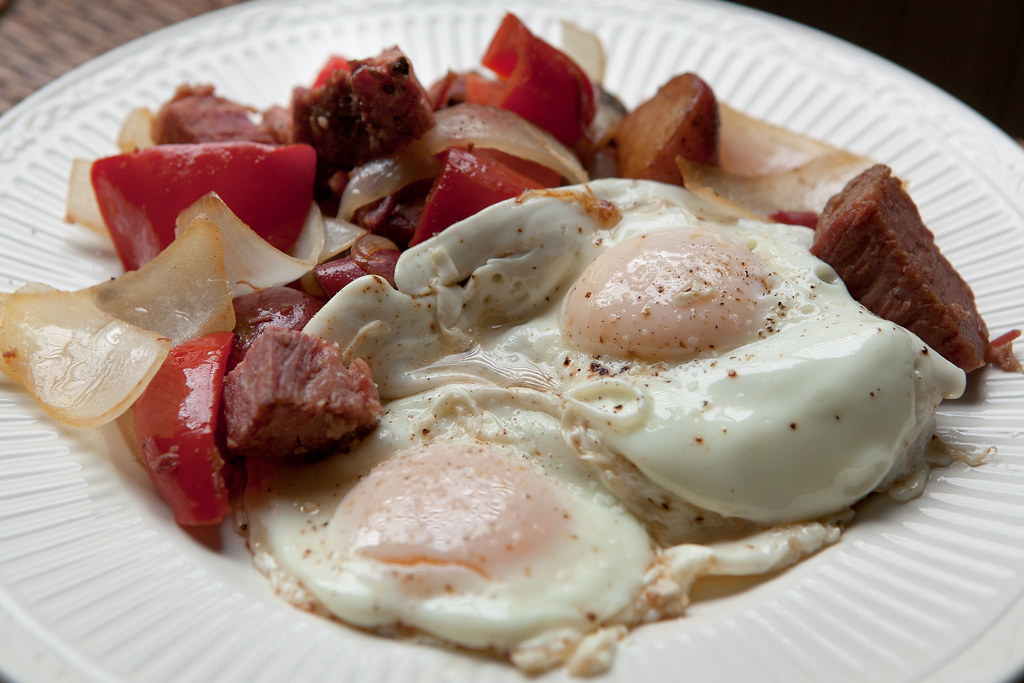 Would there be a better way to start our list than with the perfect breakfast? This meal obviously includes eggs and potatoes but also onions, and you can also see it cooked with fresh thyme or scallions for great taste. Traditionally, this great meal is bestcooked with organic waxy potatoes but any other sort of potatoes would also do.

Cheese is big in America. In most cuisines around the world you will hardly find cheese on a salad and trying one with blue cheese would definitely not be your first choice when looking through a menu. However, I can assure you that there is a very high chance that you will fall in love with this meal.

The salad itself is very simple. You will receive a big wedge of iceberg, topped with homemade blue cheese, cherry tomatoes, herbs and maybe some pepper or even bacon. If you are ever looking for a refreshing salad, this is the perfect choice for you! 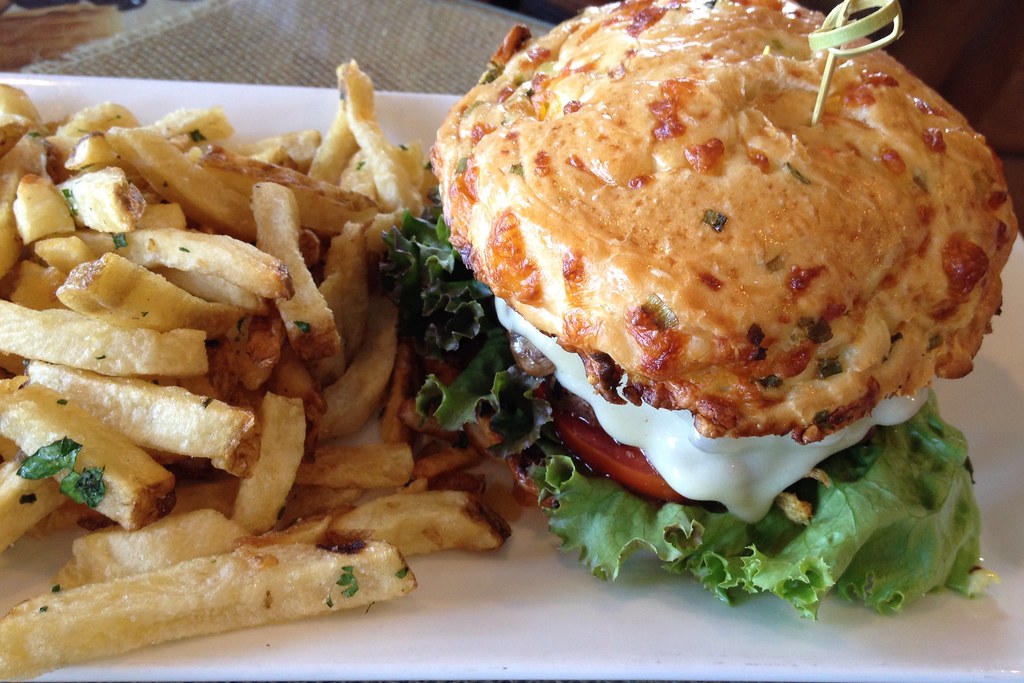 Burgers are one of the most eaten foods all around the world. Every burger restaurant aims to create their own type of burger, sometimes with unimaginable ingredients.

However, a burger does not necessarily need to be complicated. There is nothing better than a classic American burger. It would be a crime not to try a burger at an American restaurant with traditional organic ground beef and cheese.

The name says it all. This delicious dessert originates from Boston, Massachusetts but you can always try it anywhere else in America. Despite being called a pie it really is a cake. It was once considered an exotic dessert which you could rarely have a taste of but not today.

In its simplest form, the Boston Cream pie is a butter cake filled with cream and topped with a solid layer of chocolate glaze and the taste is so amazing that someone who does not regularly enjoy sweet foods will love it! 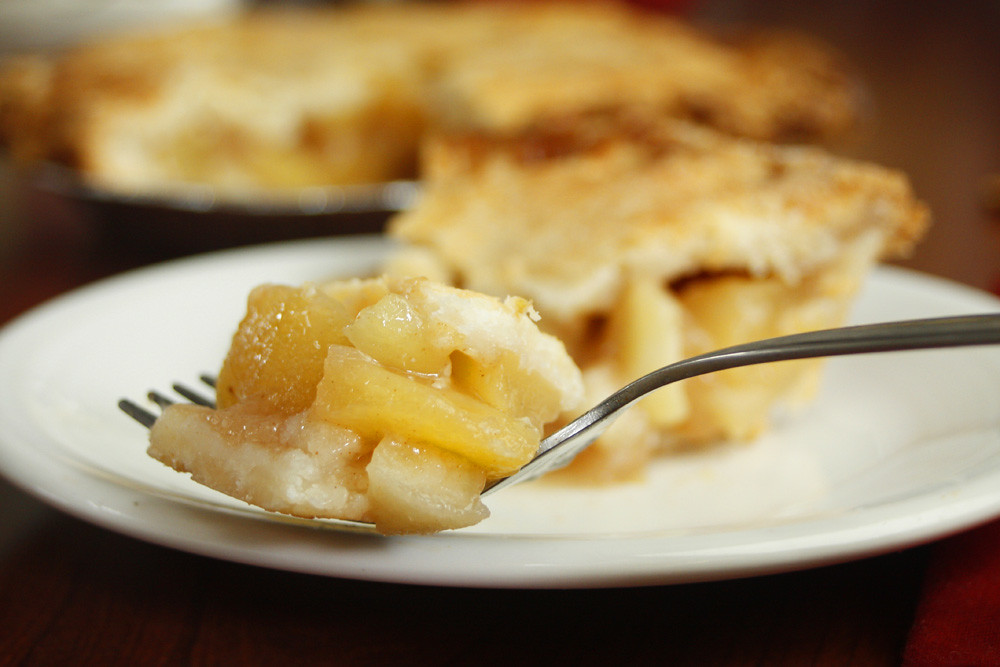 Despite not even being American, this simple dessert has overtaken the country so much in the last century that it is literally being considered a national food and called American Apple Pie.

Everyone has tried apple pie in their life but you do not want to miss your chance to try a fresh apple pie in a bakery or patisserie in America. Its making has become such a tradition that you just cannot go wrong with this choice!

Our list could easily go on forever but these were our top 5 choices of American meals that anyone should try. Furthermore, every one of these foods could easily be made at home with organic ingredientsand improved by personal taste. Hopefully, we have expanded your knowledge of American cuisine and possibly widened your list of favorite foods! So if you’re already get excited – pack your travel bag and get on your food trip to USA. But don’t forget to make it as much comfortable as you can – so book your accomodation first and look up for a good car rental services in the places you are planing to visit!

« TOP TEN FOOD YOU SHOULD TRY IN EUROPE